During a transaction, the AS will often require interaction from a user. This user can be the same person running the client software, or it could be another party who's not necessarily available. In the request, the client instance tells the AS how it is able to interact with the user running the software by declaring how it can start an interaction, how it can finish an interaction, and any other interaction-based hints that might help the AS.

The client can indicate one or more modes to start an interaction.

The client indicates these in the interaction request's start field by listing out the modes in an array. The AS evaluates this array and determines which, if any, of the modes are appropriate for the request.

In the future, other start modes could indicate things like allowing the client to send a request to a digital wallet or sending a message to the user through another communication channel.

In addition, the client can indicate how it can receive a signal from the AS once interaction is completed. Currently, there are two methods of getting a response:

The messages from the AS to any of these finish methods will contain an interact_ref parameter that the client instance presents to the AS when it continues the request at the AS.

In addition to the interaction reference, the AS will calculate a cryptographic hash, which is later verified by the client instance. The hash is created by first concatenating the following values with a newline \n between them:

For example, an input string could look like this:

There's no trailing newline on this string, but conveying that in an example is really difficult to do.

The AS and client instance then pass this value through a hash function to get the interaction hash. By default, the finish methods use a SHA3 512-bit hash over this data. The client instance can choose a different hash algorithm by sending a hash_method parameter as part of the finish object with a different registered hash value. If the AS can't honor the client instance's requested hash method, it has to fail the request from the start.

The client instance can also give some hints to the AS about how to handle the interaction. Currently, the client can only send a set of preferred UI locales, but in the future other information the client might know could be set here as well.

While the different interaction modes can be mixed and matched to fit different needs, as shown on the request demo page, there are a number of common combinations that are worth discussing.

To use this mode, the client's transaction request includes a section that includes a URI the client can receive requests at as well as a unique state value.

The URI in the finish method must be reachable from the user's system browser, and can be any https URL, an http URL for a local-to-the-device host, or a service-specific URI that the user's browser can open. The nonce must be a unique value for each transaction and cannot be re-used. The nonce value is opaque to the AS and should be random. The client remembers this nonce value and associates it with the current user. For a web server or other web application, this is generally done by placing it in the user's session. Native applications are generally considered single-user in nature, so the nonce value is remembered in the application's current state.

Much like the callback URI, the interaction URI must be reachable from the user's system browser, and can be any https URL, an http URL for a local-to-the-device host, or a service-specific URI that the user's browser can open.

The client sends the user to the URL completely as-is, without adding any query parameters, fragments, paths, or other components. If the client is a web server, it can send the user to the remote site via an HTTP redirect.

If the client is a mobile application, such as an Android app, it can launch the system browser for interaction.

Obviously, any method including an embedded security tab such as used by the AppAuth implementation of OAuth 2 is also acceptable. The important thing is to get the current user to the AS, where they can start interacting.

Once at the AS, the AS can ask the user for authentication, and to authorize the application itself. The AS could prompt the user to provide additional claims or proofs however it sees fit, and this interaction is ultimately outside of the protocol.

When the AS has collected whatever input it needs from the user, it sends the user back to the client with an HTTP redirect. First, the AS creates a unique, unguessable interaction handle that the client can use in its subsequent interaction request. The AS also calculates an interaction hash as described above.

The AS creates the URL for the redirect by taking the callback URI presented in the transaction request and appending two parameters:

Note that the AS has to use a proper URL builder in case the client's callback URL contains existing query parameters, is lacking a root path, or has some other anomaly which would make it problematic to simply concatenate the strings.

Once the AS creates the redirect response to the interaction request, the AS deletes or otherwise deactivates the interaction URL to prevent phishing and replay attacks.

If the AS determines that there is an error during the interaction, its response depends on whether or not the incoming interaction URL was valid.

The client receives a request from the user's browser through the callback URL. If the client is a web server, this comes in as any other request. If the client is a native application, it usually receives the full URL from the system in whatever function it has registered to receive incoming requests. In any event, the client needs to parse the hash parameter and compare its value to a hash calculated in the same way that the AS created it. Since both the AS and the client instance have access to all forms of input in the hash calculation, this is possible. If these hash values don't match the client returns an error to the user and does not call the AS again.

The client then sends a continue request to the AS including the interaction reference as a parameter.

The client starts this mode by sending a transaction request indicating that the user will interact with the AS through a secondary device.

When the AS determines that the client's request needs user interaction, it sends an interaction URI in the transaction response. The interaction URI is for a user-facing page at the AS, and this can be a static URI for this mode. The AS also includes a short user-facing code. This code must be random, short-lived, and easily typed by a user. It must be processed in a case-insensitive way, and should use characters that are unambiguous when displayed even at low resolution (e.g., not using both the 0 (zero) and O (letter O) characters as options).

The client presents the user code to the user. The client also indicates to the user that they need to go to the interaction URL. As this is likely to be a static URL, the AS can provide a static link to this page.

Once at the AS, the AS can ask the user for authentication, and to authorize the application itself. The AS could prompt the user to provide additional claims or proofs however it sees fit, and this interaction is ultimately outside of the protocol. At the interaction page, the user is prompted to enter the code from their device. The AS uses this code to look up the associated transaction to determine which actions it needs to take.

When the AS has collected whatever additional input it needs from the user, it displays to the user that they can return to their device and continue operation.

To completely close a session-fixation attack, we could require the AS to present another code to the user and have the user enter that into the client device. This only works on some kinds of devices, though, so it would need to be an option. Additionally, we might want to consider a kind of "secondary application" based interaction that isn't web-based, such as a CIBA login.

Meanwhile, the client can poll the AS using the transaction handle to see if the user has authorized them yet. This request includes proofs of any keys that the client sent during the original transaction request.

If the user has yet to approve the transaction, the AS sends back a response telling the client to wait. This response can contain a new continuation access token and URL which replace the client's original ones.

The wait parameter tells the client the number of integer seconds it must wait before polling again. The client can continue to poll in this manner until it receives either a token response or the user code times out and the client receives an error response.

For some kinds of clients, it is possible to show the user a visual signal such as a QR code that the user can scan on a secondary device. This allows the client to send the user to an arbitrary URL but not receive a callback in the front channel, so polling is necessary.

As above, when the AS determines that the client's request needs user interaction, it creates a unique interaction URL and returns it to the client in the response. The AS associates this unique URI with the transaction. The interaction URI is for a user-facing page at the AS. Note that because the client did not send a callback to the AS, the AS does not generate or return a callback_server_nonce parameter.

The client then communicates this arbitrary URL to the user, perhaps using a QR code. 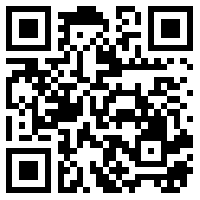 While the client waits for the user to complete the interaction, it polls the AS using the transaction handle.

If the user has yet to approve the transaction, the AS sends back a response telling the client to wait. This response contains a new transaction handle which replaces the client's original one.